The beautiful, inside and out, Charlize Theron, grew up constantly being around animals at her farm in South Africa and has posed for the cover of Animal Fair, supports animal welfare issues and has proclaimed her love for her animal companions on many occasions. Theron is mom to four rescue dogs named, Denver, Orson, Tucker, and Delilah! She also takes a very strong stance on being anti-fur and has campaigned against the fur trade.

The former 'Sexiest Man Alive' and mega superstar Bradley Cooper adopted his dog, Charlotte from Much Love Animal Rescue where she was rescued from the streets of Compton. He also adopted his first dog (rest in peace) Samson when he was in a shelter awaiting his demise.

Last, but not least, Lisa Vanderpump and Vanderpump Dogs. Their causes are:

One of the major causes of neglect, abuse and mistreatment of dogs worldwide is overpopulation. Due to a lack of education and enforcement about neutering and spaying pets, there is a major surplus of homeless and unwanted animals. Whether this leads to cases of abuse and neglect, or more extreme cases of dogs being readily available to replace food in certain countries around the world, the problem of overpopulation leads to vulnerable animals with no advocates, no one to protect them, and no one to take ownership or responsibility.

The Vanderpump Dog Foundation aims to be the voice for the voiceless. As well as trying to end the abuse and neglect of dogs domestically, our main focus is ending the barbarity and torture of dogs at the Yulin Dog Meat Festival."

Is my dog compatible with yours?

Now You Can Blog from Everywhere!

Happy Ooby Dooby Hump Day! Stop the behavior or not?

Pup Pub Trivia Tuesday - Are you a dog whisperer?

The top 5 things to look for in your pup swapping partner. 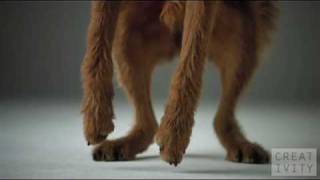